Around the world, billions of people play video games every day, transcending age and gender, culture and society, big cities and small towns. Millions of Americans turn to video games for connection, educational enrichment and entertainment. We are a borderless community, united by the universal joy of play. See the full report to learn more.

We are united through the universal joy of play.

Today, 66 percent of Americans—more than 215 million people of all ages and backgrounds—play video games regularly. Three quarters of players are over 18, and the average age of a video game player is 33. Across all ages, players are about half female (48 percent) and half male (52 percent). Video games have become a valued part of many people’s lives, and nine in 10 players say they are spending as much or more time playing now as they did at the pandemic’s peak.

More and more, Americans are recognizing and embracing the many benefits of playing video games. Ninety-seven percent of all Americans now see the benefits of playing video games, with large majorities agreeing that video games bring joy through play (93 percent), provide mental stimulation (91 percent) and provide stress relief (89 percent). Play is also an important part of learning, and nearly ninety percent of all Americans see video games as helping to build skills like problem solving, conflict resolution, and leadership.

Video games help keep us connected to family and friends.

To view the 2021 Essential Facts About the Video Game Industry, click here. The ESA is the voice and advocate for the U.S. video game industry. Learn more. 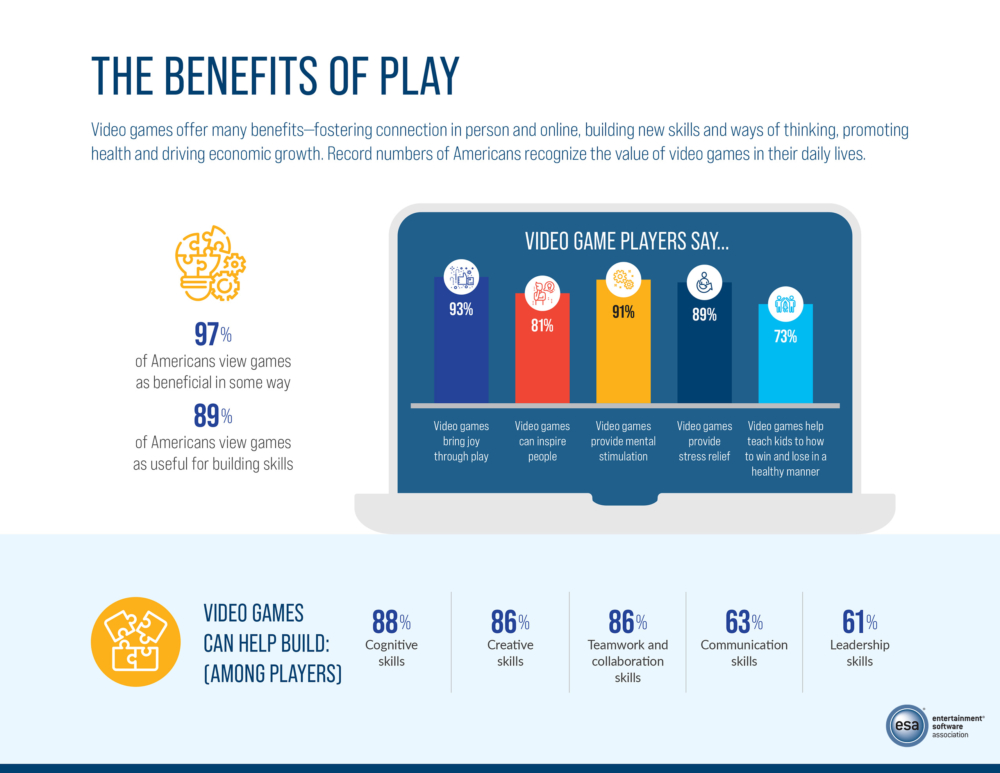 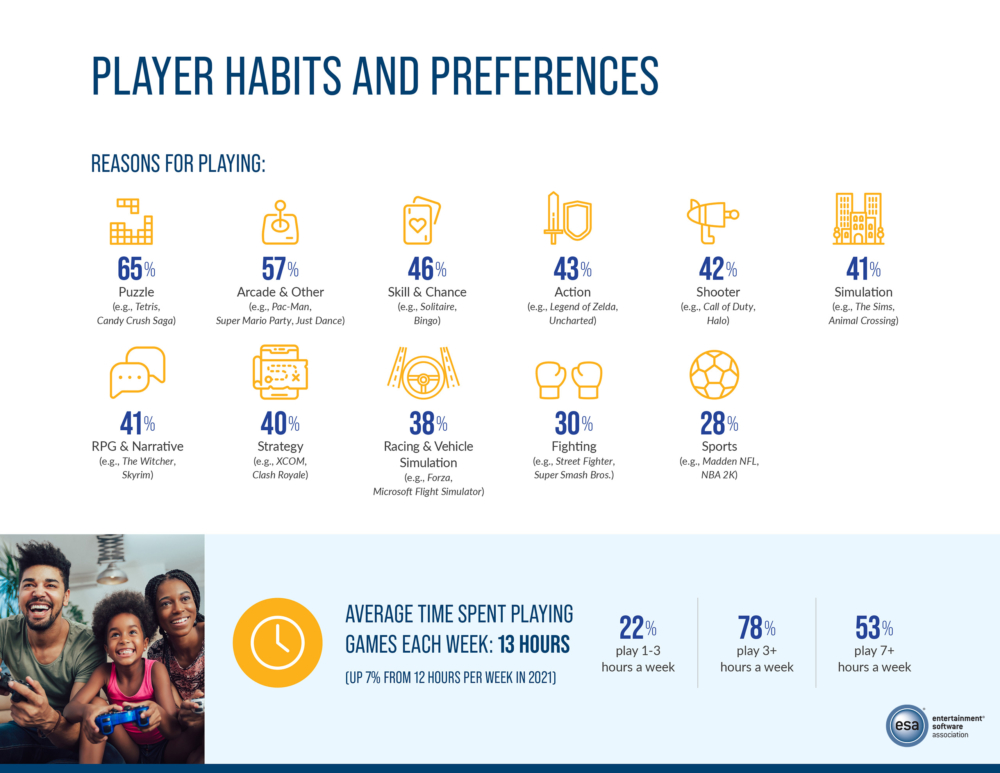 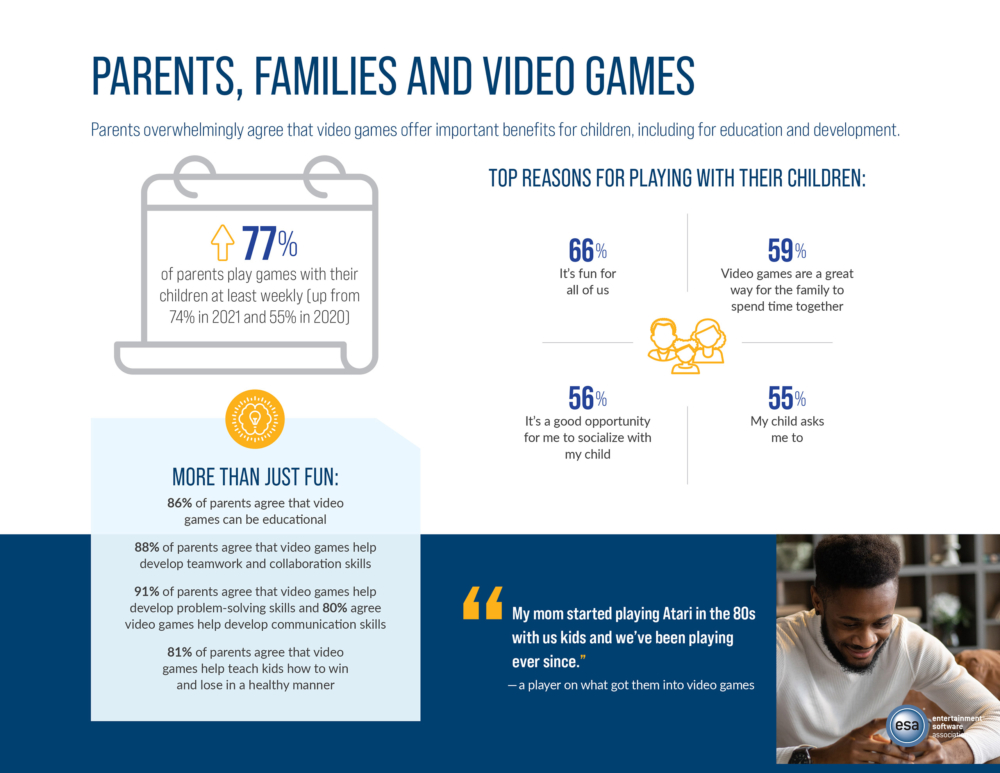